Fifty-four-year old Eric Olivier is widely traveled and has dabbled in a wide variety of businesses ranging from hospitality to information technology.

Two months ago, Eric took over management of PicView, an iPad app that enables users to annotate photographs with sketch animations and voice over.

First things first, he landed in Silicon Valley with a suitcase and a mission to connect and raise awareness about PicView. For the first few days, Eric stayed at a motel in Redwood City. Finding it too expensive, however, the Belgium native moved to a cheaper motel in Palo Alto. But, he is not dissuaded by such teething problems. "Here in Silicon Valley, we don’t dream", he says. "It is reality." and worth the extra hoops to jump through.

Because he did not have contacts to work from, Eric attended several meetups around the Valley. At one of these meetups, he met an entrepreneur from Plug and Play, an accelerator in Sunnyvale. Upon hearing favorable reviews of the accelerator, Eric enrolled at the incubator. Joining Plug and Play has been a professionally enriching experience for Eric. He has made several new entrepreneur friends from all over the world and developed new ideas and directions for his mobile app. "The big lesson I have learned here is that our app needs to go further to provide value," he says. 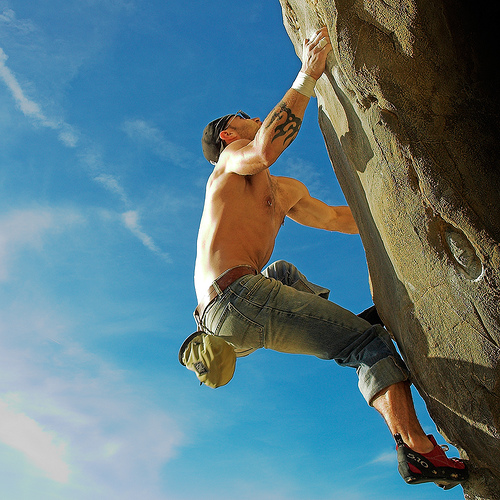 The app has already been released in the iPad app store and has been downloaded 2,000 times, according to Eric. However, he does not have specific usage statistics regarding the app, an unfortunate consequence of the original work that was contracted and sub-contracted to various development shops across Europe.

A second aspect of technical debt Eric is battling relates to proprietary versus standard video containers. Currently the app produces a proprietary file format played back from PicView's website through a proprietary player. It impairs many of the business deals Eric is working on.

Upon arrival to Silicon Valley, Eric learned quickly the impact of measuring all aspects of user engagement and tweak functionality based on feedback. Contracting agencies in Europe are primarily interested to deliver waterfall projects like a static website, and not so much interested to manage the ongoing relationship necessary to tune an app to market fit.

Eric is transparent about it, the second reason he came to Silicon Valley is to recruit a local team. "It is no mystery that the best engineers will have passed by Silicon Valley at a point or another in their career." Eric recognizes it might be challenging to interview a CTO candidate when you are not both technical and business savvy. His trick is to throw some open questions with technical terms found on specialized website and listen for thoughtful clues in the candidate argumentation. One of his favorite interview questions Today is "Why choose Django over Rails?".

The PicView App enables people to annotate pictures with hand-drawn animations and voice over then share the result with others. Early adopters in education and medical imaging have emailed Eric with their strong interest to integrate PicView in their daily workflow.

Based on feedback from existing users and customer demos, Eric has identified two areas where the app can be improved: user interface and output file formats. Yet further development of the app is predicated on a strategy developed around a handful of use cases.

As a seasoned entrepreneur who battled the capital market weather a few times in his career, Eric focuses on a revenue-centric business model. User traction is nice, paying customers are better.