I have never quite understood why Python (or Ruby) packages are delivered through their own manager (pip, gem) instead of the local system package manager (apt, yum, etc). It might make sense for pure language packages but it becomes borderline insane when dealing with bindings to native libraries.

Side-stepping the OS distribution creates tons of problems especially when you rely on something with some very problematic design issues like easy_install. If you are interested in packaging software history, here is a great post about the subject.

Fortunately 10 years later, these problems have been recognized and work on in the Python community. Pip supports pre-built binaries now, though most packages are built for the manylinux target which links against glibc. That has important implications when for various reasons (including the fact that DjaoDjin is a PaaS to run Web applications as Docker containers), we are packaging Python applications as Docker images.

Alpine is built against musl not glibc as most distribution, Debian included, are. Musl imposes multiple constraints, like stack size limits which some users have reported issues with.

There is a new PEP for wheels to be built against musllibc and to be distributed under the musllinux tag. This is currently not as widely adopted as the manylinux tag. Most crucially, the cffi package does not have musllinux builds yet (Apr 2022). This means that installing compiled-language packages for a musl linked python, even if they have a musllinux build, requires a compilation step for cffi and makes it somewhat impractical to use python binaries built against musl.

On the other hand, contrary to Debian, Alpine's package manager, apk, has features which allow for temporary / virtual packages. This makes it easier to build software from source without leaving gcc and other build-time prerequisites behind in docker images. This feature doesn't get us out of needing time and resources to build objects, but does keep resultant docker images free from the security and disk-usage impacts of keeping build-time dependencies.

Practically, for any application that requires Python bindings to native code because, for example, it generates charge receipts (WeasyPrint), or processes images (ImageMagick), or uses the PostgresQL bindings (psycopg2), or uses cryptography (pyca/cryptography) features that only leaves python:<version> and python:<version>-slim as alternatives at this point.

In the official python docker images, python is built from source and installed in /usr/local. This means a few important things:

Given the previous analysis, we standardize Dockerfile as such:

More technical posts are also available on the DjaoDjin blog, as well as business lessons we learned running a SaaS application hosting platform. 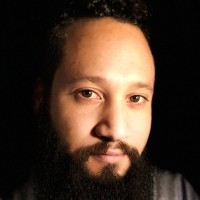