Where the road leads - Vasilios Pavlounis

A first generation Greek-American born and raised in Halifax, Nova Scotia, San Francisco Bay Area entrepreneur Vasilios Pavlounis graduated with a business degree from Dalhousie University in 1986. His life changed course, however, when he saw an ad for a computer consultant job three years later. As he recalls, “I literally had to look it up. Once I did, I said ‘I think this computer stuff is the future.’ ” 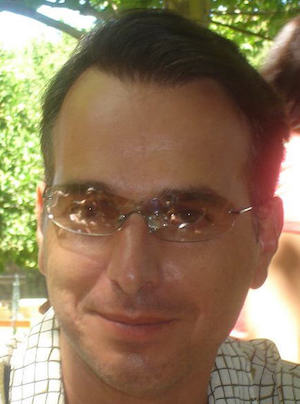 Sounds simple in retrospect, but the move wasn’t without its sacrifices. “The thing is, when I decided to do this, I was literally taking half the salary I had been making at my previous job. Everybody laughed - what is this IT stuff, you know? Many thought I was shooting myself in the foot because I was taking such a big pay cut.”

That was 25 years ago, and he’s never looked back: Pavlounis has been in IT ever since.

A family connection who was employed in the New York City educational system led to his first entrepreneurial venture, in the burgeoning field of online training. Another prescient decision: these were the nascent years of e-Learning, and Pavlounis was once again on the ground floor of something huge. Pavlounis Consulting was founded in 2003; he eventually partnered with Genius Genius of New York, and the company is now in its 12th year. After all this time, Pavlounis still sounds a bit surprised: “We really thought that it would bring in some extra pocket change, and maybe give us some street credit, and it turned out to be a lucrative business.”

“You can find someone with all the skills in the world, but it’s harder to find someone who shares your ethics, values and expectations of the business.”

Genius Genius soon became the #1 provider of online certification workshops in New York, but Pavlounis wasn’t about to get comfortable. He explains: “I read a statistic in The Economist that 70% of new start-ups fail, and it’s almost like you’re a struggling actor - you eat macaroni until you make money. So what I did was, I kept working in the corporate world. I did that from 2003 until about 2010.”

In 2010, Pavlounis launched his second online venture, this time in the area of HIV/AIDS training. His KnowAIDS website provides HIV/AIDS training as required by the 1988 Washington State AIDS Omnibus Law, and serves healthcare professionals across the U.S. 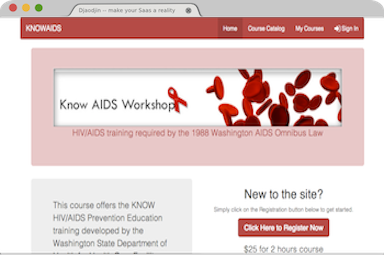 Why AIDS training? “Because we were successful in the online training courses in New York, I was looking around to other professional certifications required by the State. That’s when I stumbled onto the Washington State AIDS Omnibus Law.” He decided to look into it, and liked what he saw. “It wasn’t anything by design,” he says now, but adds: “So much of IT is about making money. At least the things we are doing, the courses we are offering are very beneficial to society as a whole. It wasn’t like I woke up one morning and said ‘I want to offer HIV/AIDS training.’ For me, that’s just the cherry on top.”

When asked if he has any advice for aspiring entrepreneurs, Pavlounis is outspoken about the human factors that drive his collaborative choices. “You can find someone with all the skills in the world, but it’s harder to find someone who shares your ethics, values and expectations of the business, ” he explains. “What I’m after when I’m evaluating opportunities is someone who truly knows the business, and a mutually beneficial relationship.”

He says his partnership with DjaoDjin exemplifies this kind of symbiotic bond. “DjaoDjin is very responsive to challenges and needs. Seb (Sebastien Mirolo, Pavlounis’ chief liaison at DjaoDjin) is very collaborative, and very timely in responding to issues.” But it’s the equanimity of their relationship that he is most enthusiastic about. “We respect one another, and we yield to one another’s expertise,” he clarifies. “We both are willing to open our minds and listen to each other, and take proactive steps when the results are not what we’re looking for.”